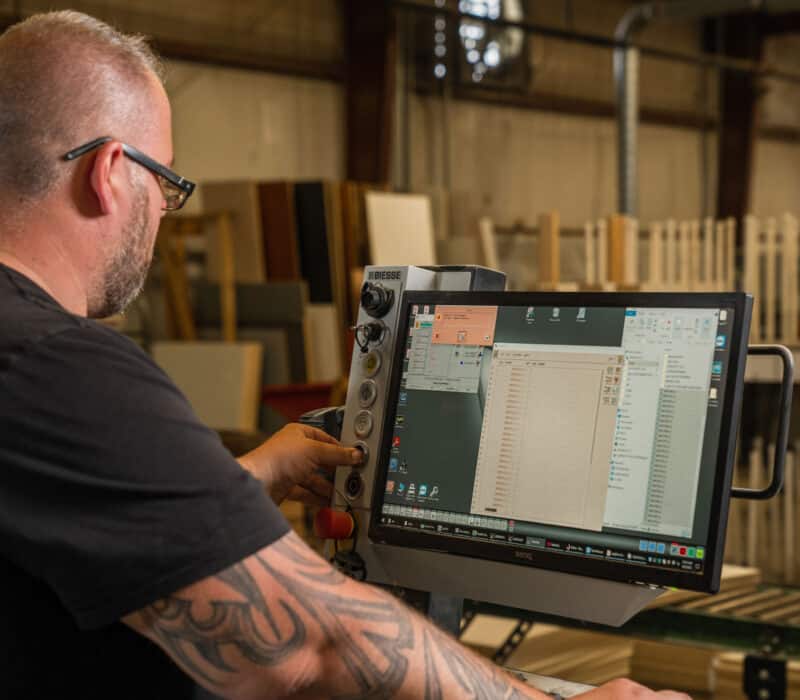 Greg Bowers founded JG Bowers, Inc. in 1981. It has since grown into the area’s leading provider of general contracting, design-build, construction and maintenance services from its plant in Marion, Indiana. In 1983 the company spun off a second DBA enterprise, Advanced Cabinet Systems (ACS), to provide commercial casework and custom storage systems serving primarily the healthcare and educational markets. It has since expanded into the industrial and retail markets. Since its inception almost 40 years ago, ACS has grown, now boasting recognition as a Certified AWI (Architectural Woodwork Institute) Premium Casework Manufacturer with dealers in several states serving customers throughout the country and known as one of the top manufacturers in the US.

Co-owner and COO of ACS and JG Bowers, Whitney Pyle, joined the two companies 13 years ago and is committed to maintaining the highest levels of quality in materials, workmanship and installation. Prior to the COVID-19 pandemic, ACS kept 67 employees on staff. “It’s a little bit lower than that now,” Whitney said, acknowledging that even finding people pre-COVID was a complex issue. Now, though, she said, “it’s the hardest time I’ve ever seen in my career.”

To tackle the tight labor market head on, ACS developed a strategic roadmap to guide its future investments in technology. “We were already working toward that robust plan,” Whitney added. “When the Manufacturing Readiness Grants (MRG) program was announced that was just a really very helpful thing for us to get it off the ground faster.” 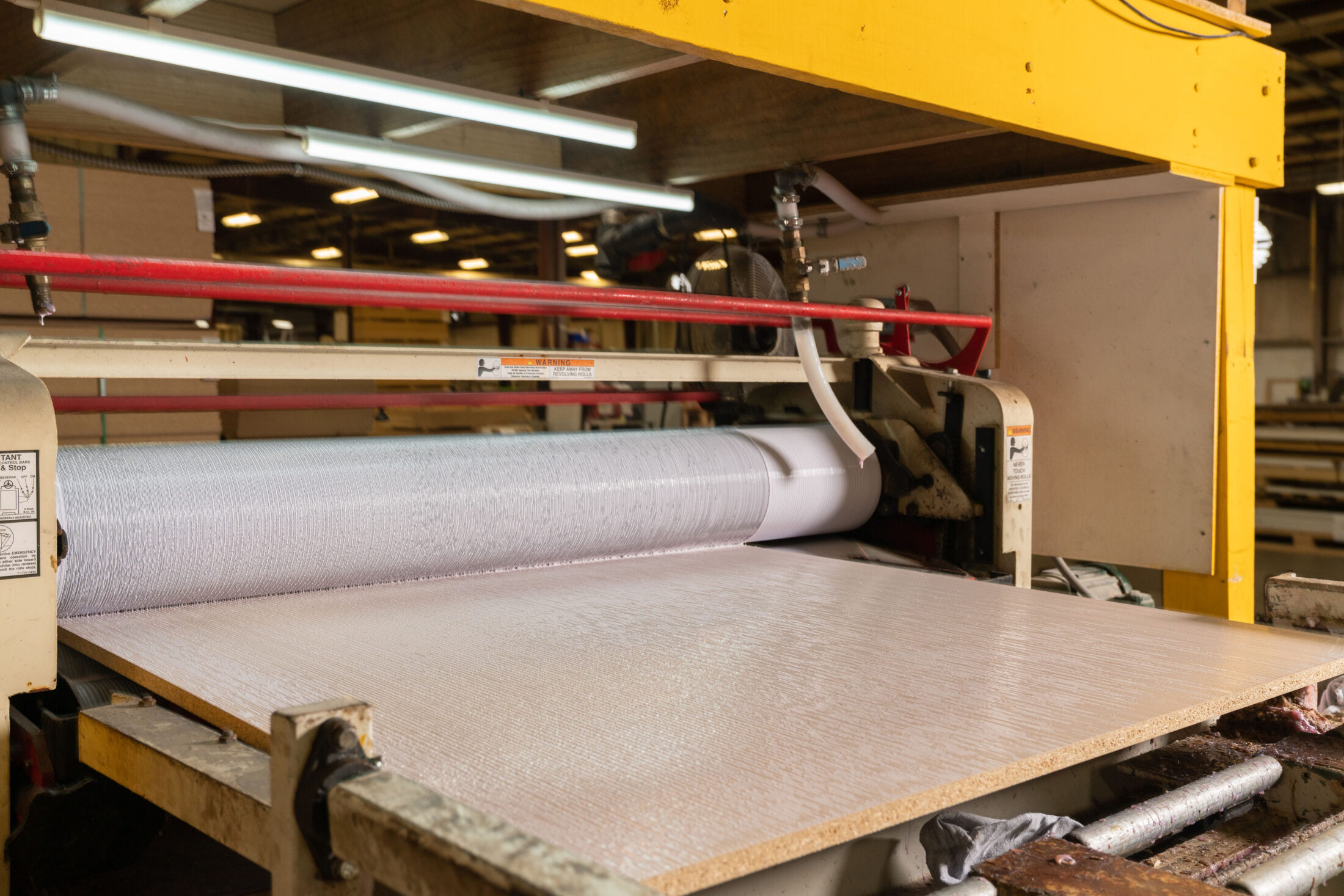 A trip to Europe to tour similar industry plants and talk with those companies about their already-implemented smart technology confirmed it was time to start the next phase of the ACS evolution. The initial MRG program was launched on June 30, 2020, and ACS submitted its application on July 2—just two days later. “It wasn’t just slapped together,” Whitney said. “We knew what we wanted to accomplish and even had equipment quotes.” She and her team had begun working on the plan as soon as Whitney returned from her European trip. “The big question was, ‘what can we implement immediately that will help us grow and remain competitive for years to come?’” The team had already made those decisions and recommendations when they presented the strategic roadmap to the Board. “Then the (MRG) application portal went live, and we applied. It was serendipitous,” Whitney said.

The total roadmap called for some $800k equipment and automation investments—but the immediate priorities had already been identified and amounted to $166,000, for a potential 1:1 match of $83,000. The amount would support next-gen machines, material handling equipment, and ancillary equipment to modernize and automate their factory. Whitney mentioned a key objective is to “leap-frog” the competition by investing in more advanced production equipment. “The next-generation machines provide advantages and manufacturing capabilities we didn’t have before,” Whitney explained. “Now even minor things like labeling parts are done automatically.” 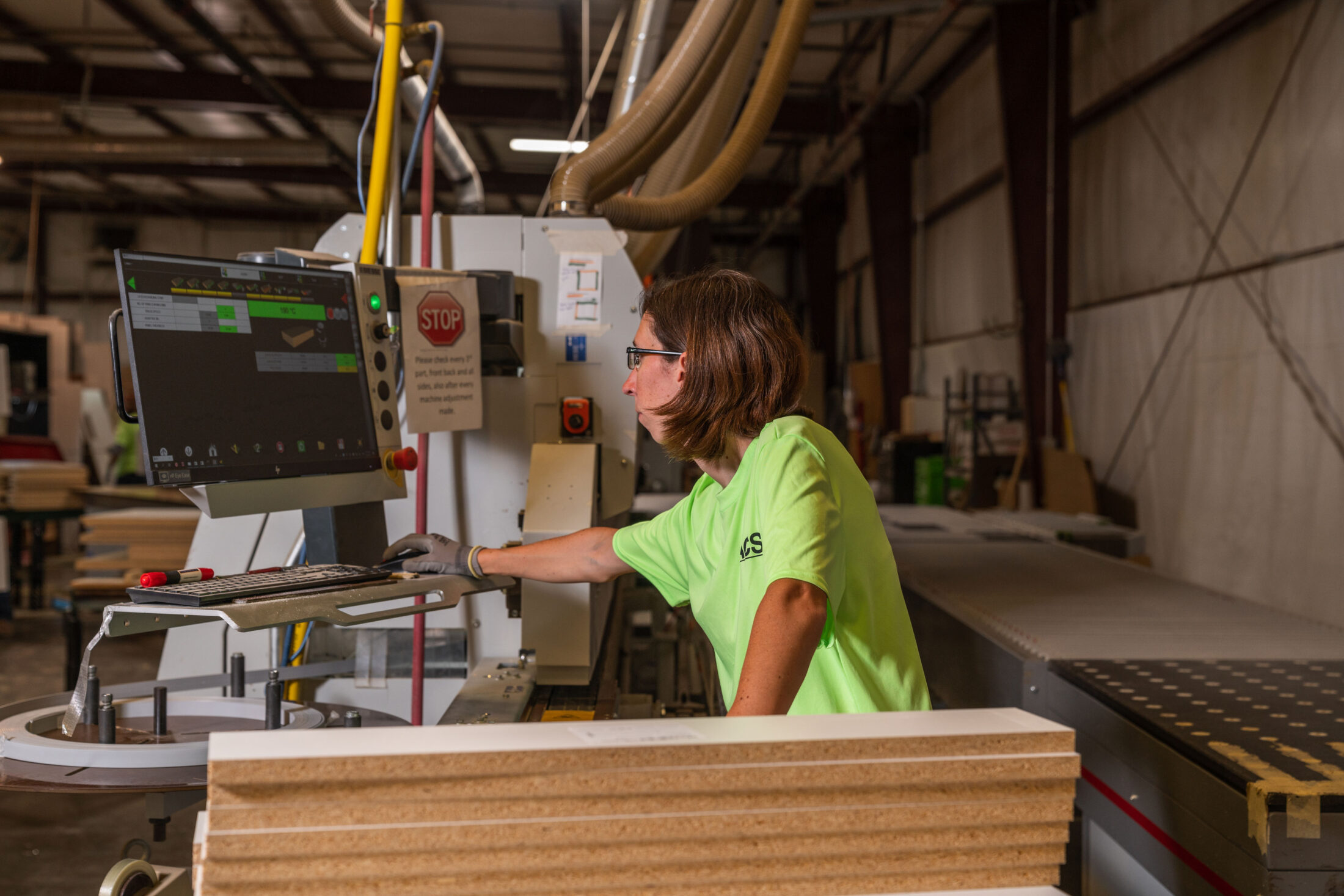 With new tech and automation equipment, ACS plans to upskill its existing workforce.

During project planning, the ACS team had an overriding consideration: “What can we do that’s going to automate things, but leverage the skill sets of our existing workforce?” Whitney said. “We wanted to grow and improve our capabilities, but we certainly never had the intention of eliminating jobs. Our expansion plans were to take out some of the tasks that require a lot of physical labor and shift some of the existing workforce to machine maintenance. And those are jobs that pay more.” Plus, she pointed out, the new machines more than double the speed. More parts come out of it with the same operator.

ACS built excitement in the workforce by exercising its corporate culture of inclusion.

Whitney understood that some of the ACS staff were initially nervous, even scared, while others were excited about the transition. “I’m never going to make a unilateral decision and just give people their marching papers. We really worked hard to include our workforce in the project planning and implementation, even to the extent of choosing one vendor over another. By the time it rolled out, no one was surprised. Everyone was looking forward to it.”

She also credits her team’s resiliency for keeping the process moving slowly when the COVID-19 pandemic threw a few wrenches into the ACS training plan. “There were supposed to be in-person classes at the OEM’s site,” Whitney said. “With COVID all that got canceled.”

Implementing new equipment and technology informs the next stages of the ACS strategic roadmap.

One of the lessons the ACS team learned was to be aware that changing equipment typically means changing software, too. That challenge was overcome by partnering with an external software company to help convert the company’s previous software to integrate with the new equipment. Solving the software integration resulted in one less learning hurdle for employees at all levels since there was no new software training. “Despite all our testing and pre-planning, there are always pieces you don’t plan for… It’s about navigating smoothly through them and doing the best you collectively can.”

Whitney said, “now we know for future projects to think holistically about how the pieces of software might fit together. Nothing teaches you what you don’t know as much as being thrown into a role where you’re working strategically on a strategic plan all the time.”

Right now, Whitney said, shipping and receiving are “very, very manual“ at ACS. “Automating there,” she said, would be huge. “That is probably the most physical job for our workforce. Finding the equipment and technology that automates those areas would be very valuable.“