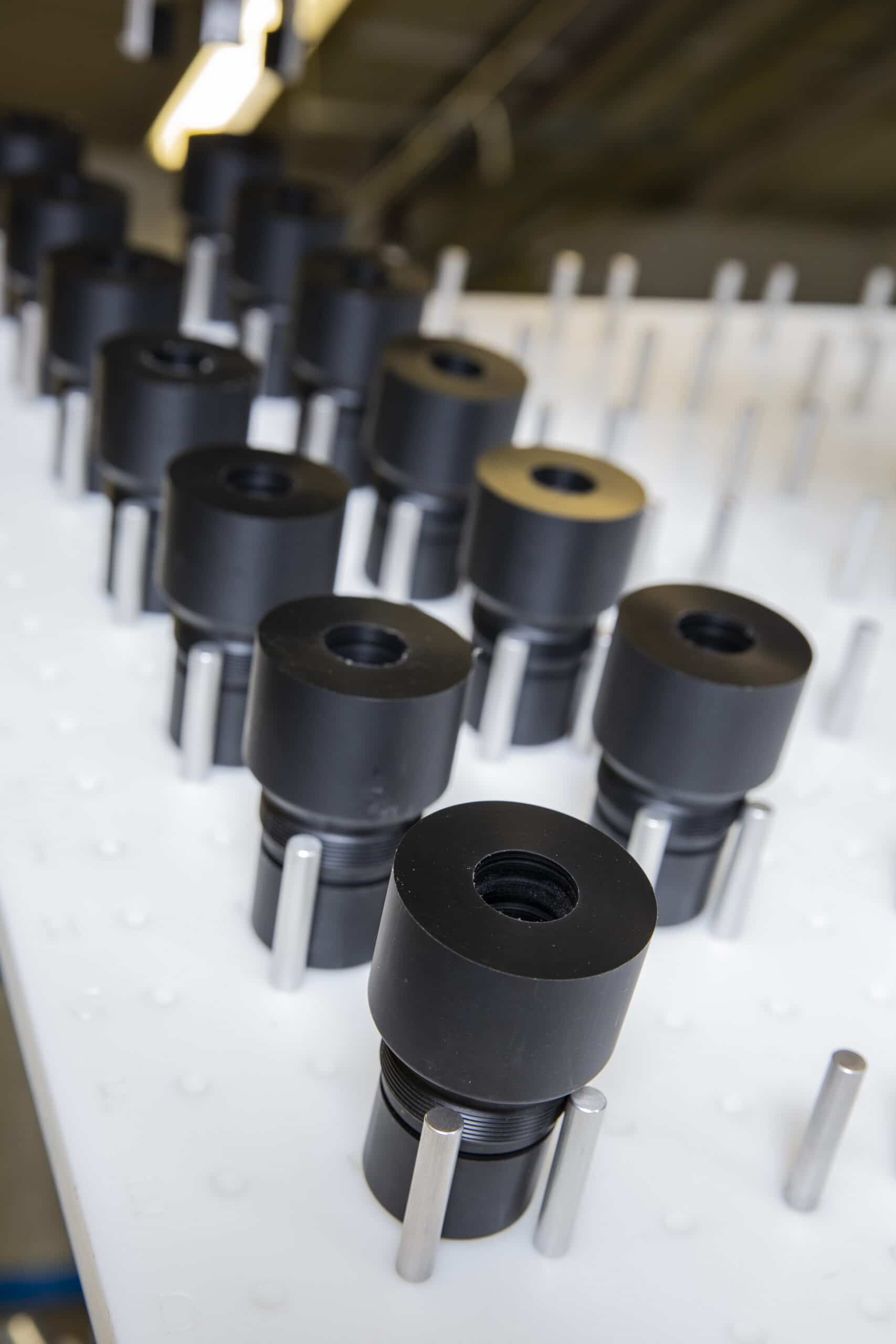 Konrady Plastics started as a family-owned and -operated enterprise nearly half a century ago, and remains that way today.

When Bernie and Sue Konrady founded their plastics distributorship business serving the greater Chicago region in 1981, they committed to uphold their family values to their employees, customers and vendors. Today the company remains family-owned and dedicated to those same values as Bernie transitions leadership to his children. After earning an MBA and serving as President and CEO of the northwest Indiana economic development nonprofit One Region, Leah Konrady is now CEO of the family business. Her brother Paul joined Konrady more than a decade ago and as President and COO shares leadership with Leah.

In the early 1990s, less than 10 years after founding Konrady Plastics, Bernie and Sue expanded into plastics machining and fabrication with the company’s first machine. Today the plant operates with six CNC (computer numeric control) lathes and eight CNC mills, as well as four routers to machine plastic sheet, rod and tube. Konrady’s plant produces wear-and-tear parts for OEM equipment and serves a diverse customer base providing parts for everything from conveyor belts and food processing equipment to fire hose nozzles. The Konrady team works with customers to develop supply chain solutions promising daily delivery to customers in the greater Chicago, Indiana and southwest Michigan areas, and serving customers throughout the U.S. 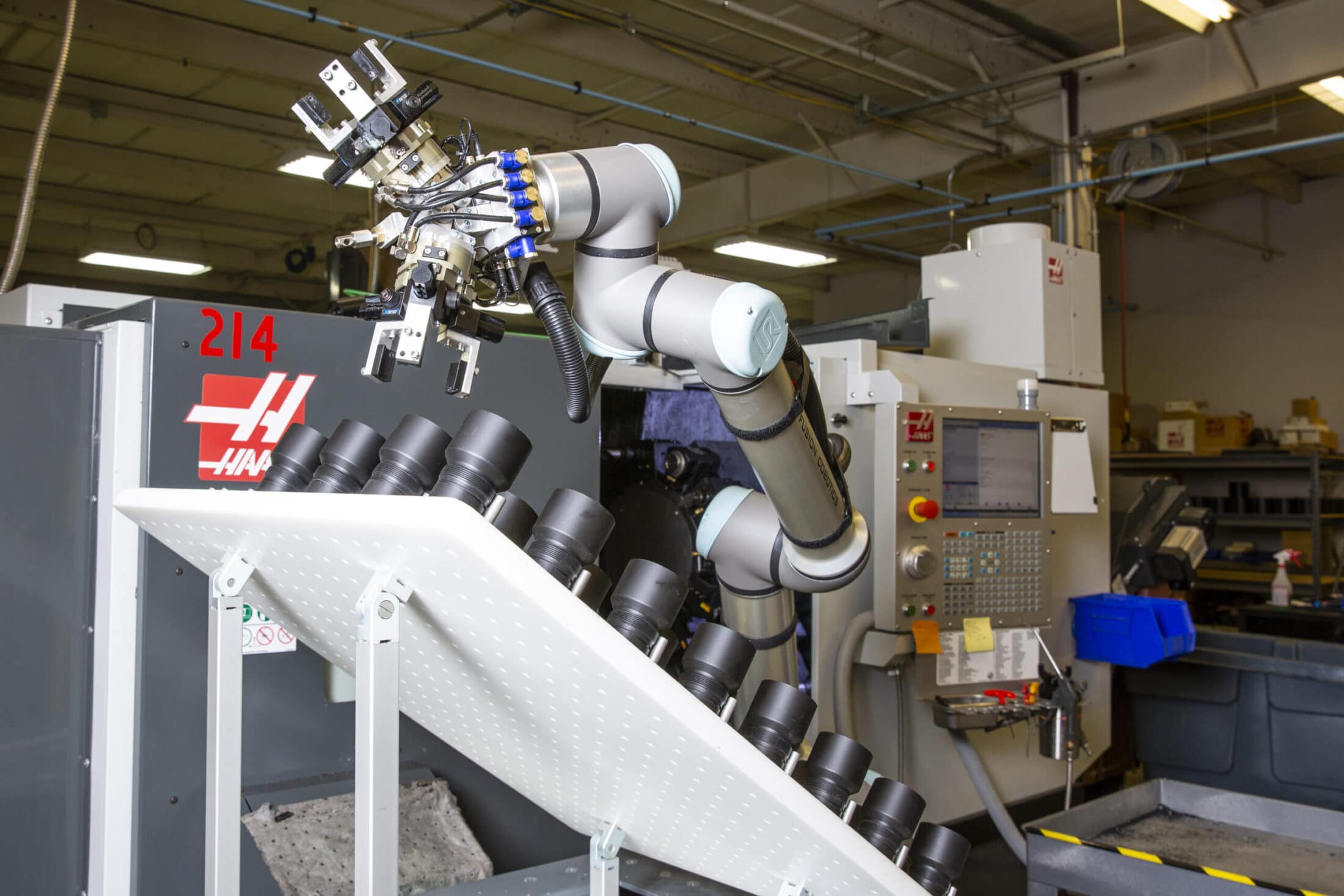 Konrady Plastics Implements a Collaborative Robot to pair with a HAAS lathe.

Leah credits the Manufacturing Readiness Grants program for incentivizing the organization’s investment in robotics and changing its operating culture. In particular, Leah said, the Manufacturing Readiness Grants (MRG) program immediately spoke to her former nonprofit experience where grants are highly sought-after. “I read about the MRG program and realized this might be a gateway into robotics and automation for us,” she said. “I went to our production lead and asked if he could use a robot.” He was onboard and Leah began investigating the technology and, as she put it, “geeking out on cobots.” Her nonprofit background at One Region reinforced her understanding that matching grants like the MRG could provide the impetus for expediting investments that can transform a business’ competitiveness.

“We would not have pursued a cobot without this grant, at least not at this time,” Leah said, citing the financial risk. “With the grant funding; it was a no brainer. We needed to try it.” The project has been a resounding success. “It has changed our culture,” she said. The successful grant application resulted in the purchase of a cobot to pair with a HAAS lathe. “Before the project, our culture was ‘we’re buying a new lathe.’ Now we talk about buying a new lathe and pairing a cobot with it. It’s not just about buying a new machine; it’s how do you automate it.” 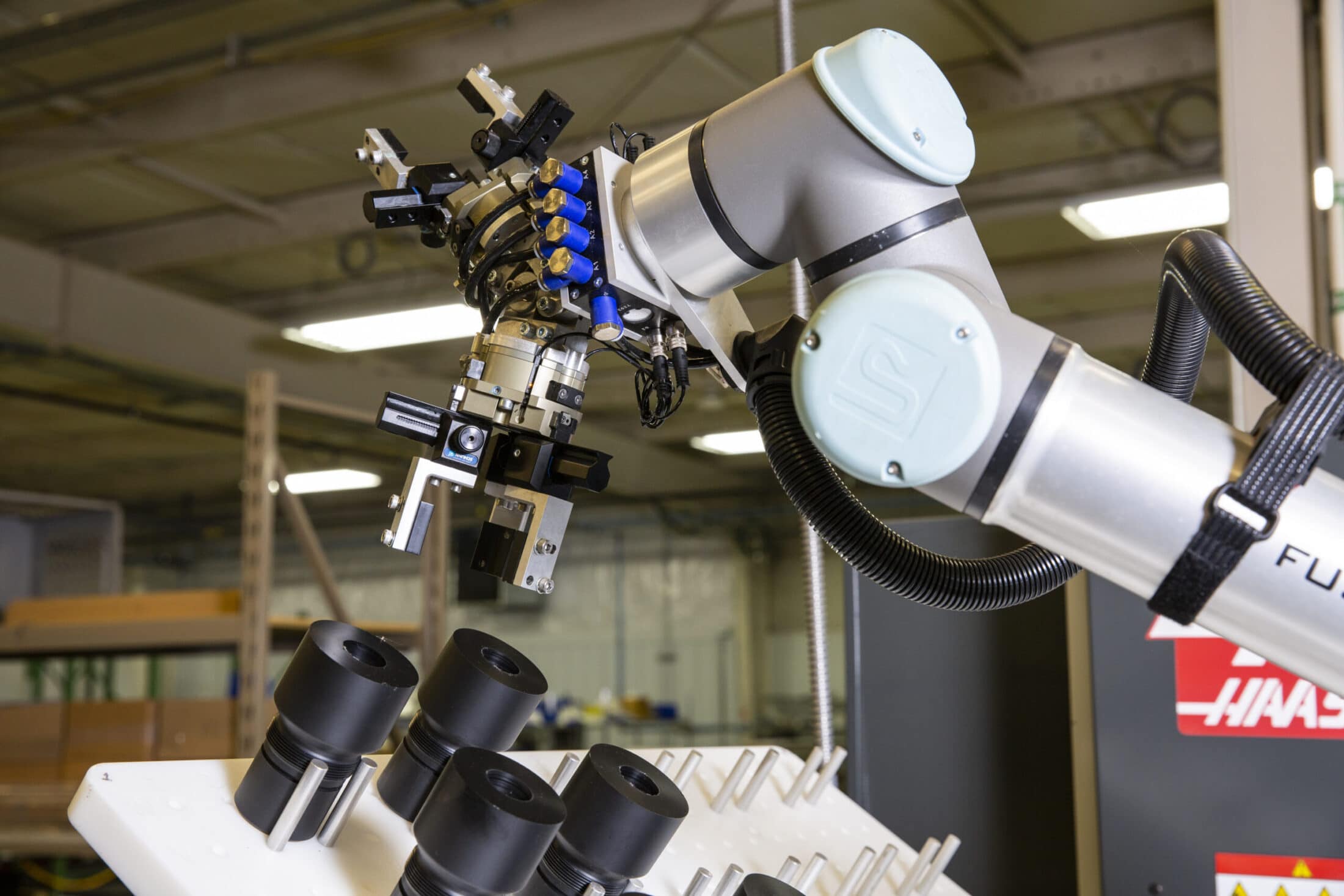 All of Leah’s “geeking out on robotics” didn’t dispel her concern that incorporating a cobot into the workflow would be challenging. “But it turned out, deploying the cobot was similar to implementing any other piece of new equipment.” she discovered. “Our machinists were excited to give it a go and started running parts on it as soon as it was installed. There was zero hesitation.”

The plan was to have the new cobot run a variety of parts. Instead, it consistently runs one part for one customer. But that’s not a failing of the technology, Leah noted. As with a human operator, there is a limit to how many hours a cobot can run one part. In fact, that very limitation demonstrated the need to add more automation. Konrady leadership is developing a technology adoption roadmap to schedule the “when” and “which” technologies will best serve the company’s future. The key to being competitive in a global economy is to invest in automation, she said, and a technology roadmap is key to making the right automation decisions at the right time.

Automation enables a company to upskill its workers, far from eliminating jobs.

Our workforce has embraced the company’s move into robotics, Leah said, and they are very excited about the new cobot. “We even had a robot naming event where employees could submit name suggestions,” Leah recalled. “We have an employee named George who we’ve always said is so efficient he’s like a human robot. The winning name was ‘George the Second’ to honor that first George.”

There was no concern among employees that they would be replaced by the first cobot or any that might follow. In fact, one new employee was hired specifically to work with ‘George the Second.’ While the cobot took over repetitive tasks, many of the Konrady Plastics employees have been upskilled into positions requiring human hands and minds. Automation is not about eliminating jobs; it’s about upskilling your existing workforce and even adding a second shift to be more competitive.