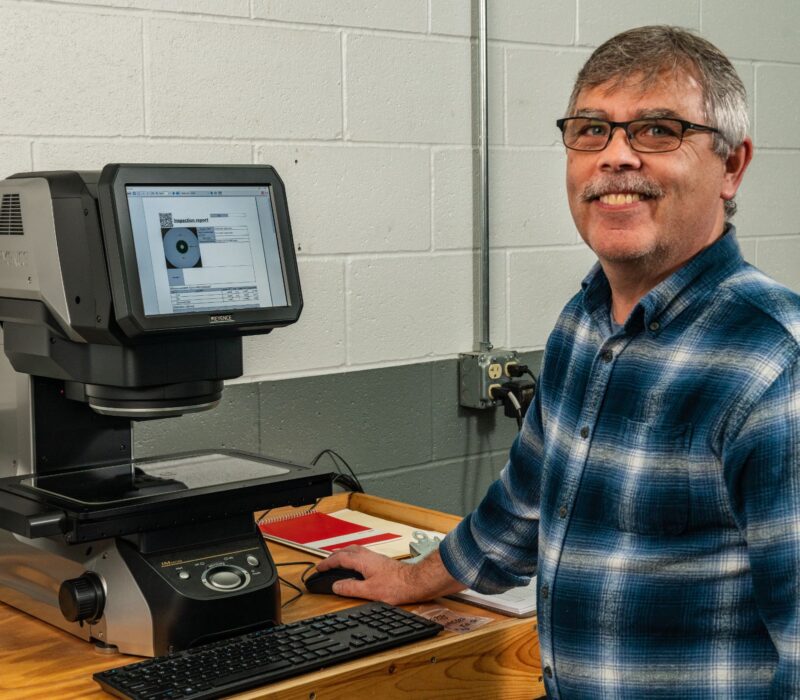 Ruby Overton opened Overton and Sons Tool & Die Inc. in a 600-square-foot two-car garage in Mooresville, Indiana, in 1968 with a commitment to customer satisfaction. More than a half century later, the company continues the founder’s determination to provide the highest quality products, keep the customer’s best interests in mind and never compromise on honesty and integrity. The company now specializes in carbide precision tooling, high speed blanking dies, compaction tooling, fine blank production, as well as other tool and die work.

When Ruby’s sons Rick, Steve and Ron followed Ruby into the family business they made that same promise. After their father passed, the sons took the reins of the corporation. At that time, Overton Industries’ annual revenue was about $2 to 2.5 million. With Rick managing the manufacturing, Steve handling the financial side, and Ron overseeing sales, the company continued growing, reaching nearly 8 times that just prior to the onset of the COVID-19 pandemic.  Scott Buie, who joined the company as manager of the Tube Forming Systems division in 2012, would eventually become the CEO in 2018. 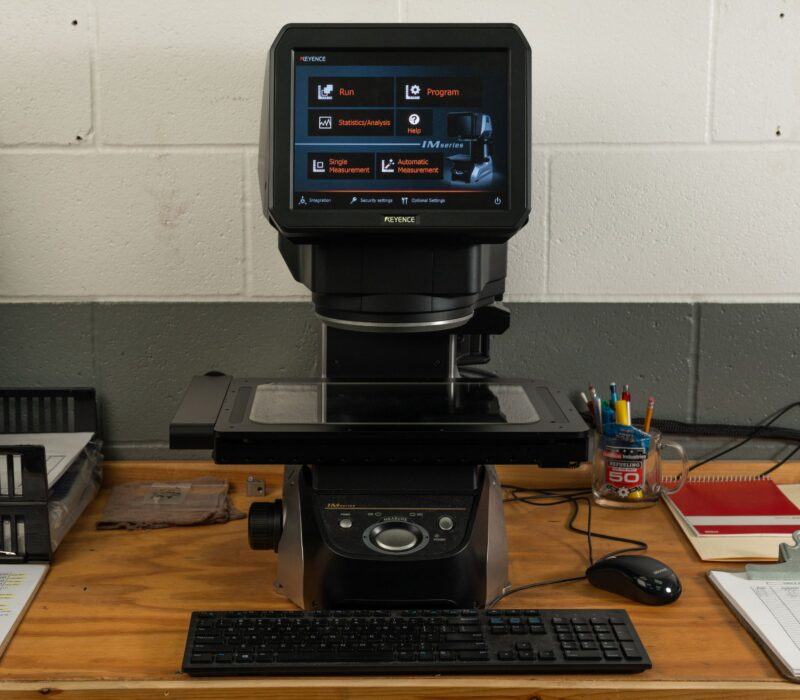 Overton Industries continues its relentless pursuit of ‘customer-first’ with an investment in automated system that improves inspection speed and accuracy.

In 2019, just before the COVID pandemic hit, one of Overton Industries’ major customers —an automotive customer that makes shock absorber components—was consolidating some of its plants and asked Overton to take on some of its production as a stopgap measure. That temporary assignment soon became a larger and more permanent arrangement. “Now we produce parts for them,” Scott said. “Day in, day out, and millions upon millions of parts a year, we’re running multiple tools, multiple dies.” The job, he explained, involves setting the tool to stamp out the spring steel components. “We have to run a few parts and inspect those parts. They can be anything from a little round washer to a flat piece that has lots of shapes, to some pieces that have forms and irregularities in the surface,” Scott said. “So, we have to inspect those to make sure they’re running to print before we initiate the production run.”

Essentially, the job changed dramatically. What had been a low volume job became a request to switch from providing the customer with tooling, to taking over the production. “The company had three plants,” Scott said. “They closed two and moved all of the production to their remaining plant that runs the easy stuff, and the rest went to us. We run all of the hard stuff.”

Quality is a critical piece of the job, especially for high volume, repetitive functions. Before the new business development, Overton had an operator who set up the equipment and got the run started. After creating the first 50 parts, the production would have to be stopped while the first batch of parts went to Overton’s quality assurance lab to be inspected and measured. Because it was inefficient to leave the press idle, production would continue while waiting for the manual inspection process to be completed. The parts produced during that time (sometimes as many as 500 per minute) were quarantined until the inspection report approved the test parts. It was a job that often took hours.

With Overton Industries’ investment in an automated “inspection system” with machine vision—the Keyence Image Dimension Measurement System IM Series—the parts are set up and programmed, and the “inspection system” takes one minute to inspect every dimension on the part. It flashes green or red to indicate a pass or fail. “We’ve taken a process that could mean a two-hour delay and converted it to one minute,” Scott said. “This is basically a digital camera that looks down and takes a picture, and verifies that the part is within that profile, within tolerance, within a minute.” 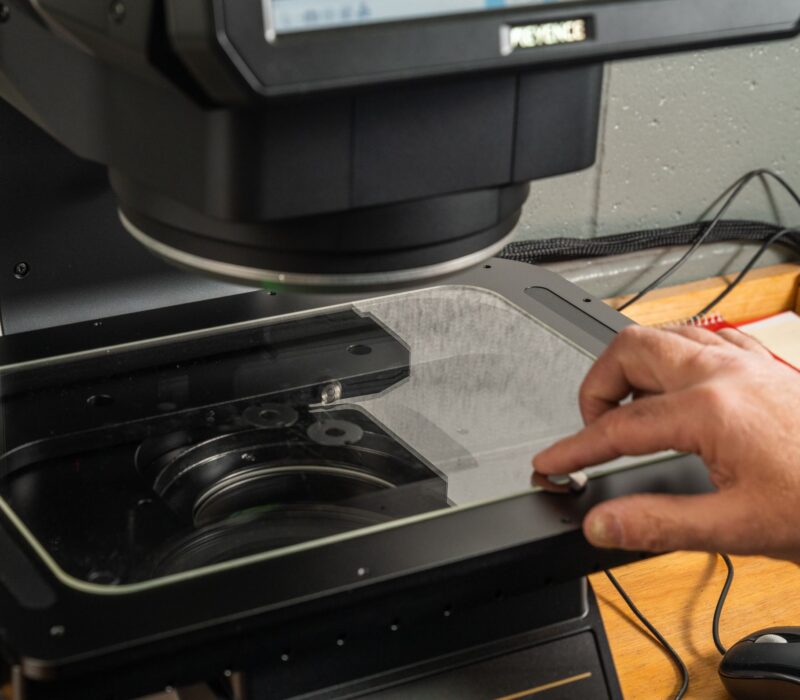 Evaluate all factors in the manufacturing process to determine a potential investment impact, especially considering those that are tied indirectly to the production process.

Looking at all factors in the manufacturing process enabled Overton Industries to invest in that one ‘simple’ piece of equipment could make an enormous difference. It might not directly generate revenue, but it can be highly impactful on the bottom line. Previous investment decisions at Overton Industries have been based on how much revenue the investment would create or how much more quickly a piece of equipment is going to run. “This project was an ‘off-line procedure’ that gave us better data and took time off the operators’ hands,” Scott said. “You need to look at all the pieces in the process.”

Use a bottom-up leadership approach and involve the entire workforce in technology investment decisions.

Some operator employees at Overton were a little hesitant initially. Scott allayed their concerns by involving them early in the process. “We discussed what the inspection system would do,” he said. “This is what we think it will do. What do you think of this? How do you think this will work? Everyone recognized this technology is going to make things a lot easier, and really will work a lot better.”