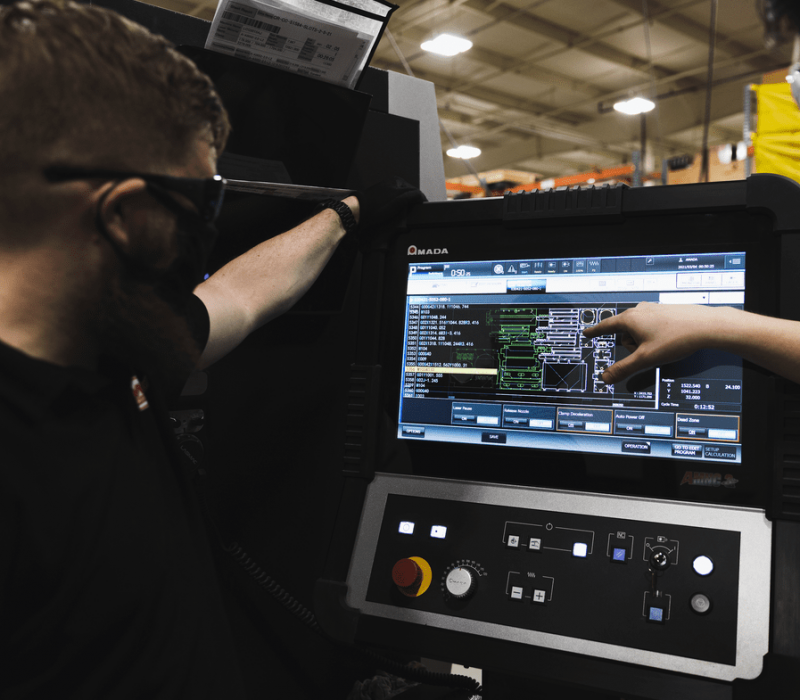 C&R Racing built its more than 33-year reputation as a specialty machine and fabrication shop serving the IndyCar industry. When its close affiliation with Australia’s PWR brought it under the PWR umbrella in 2015 as PWR North America, the Indianapolis-based business took on a global reach with a larger, 46,000 square foot facility housing state-of-the-art manufacturing. Business grew to include a broad scope of engineering and design services for not only competitive race teams, but also niche performance and industrial vehicles with on-site manufacturing of high-performance aluminum radiators, oil coolers, intercoolers, supercharger heat exchangers, bare cores and cold plates.

With an eye toward expansion into vehicle electrification, autonomous vehicles, and the aerospace and defense industries, PWR North America rode into 2020 with enthusiasm.  They specifically wanted new technology to manufacture intricate and advanced cooling cores for a broad range of applications beyond traditional fluid cooling. They had validated and serviced the market by outsourcing key fabrication steps to PWR Australia, but it was time to onshore this custom manufacturing process for the expanding North American markets. 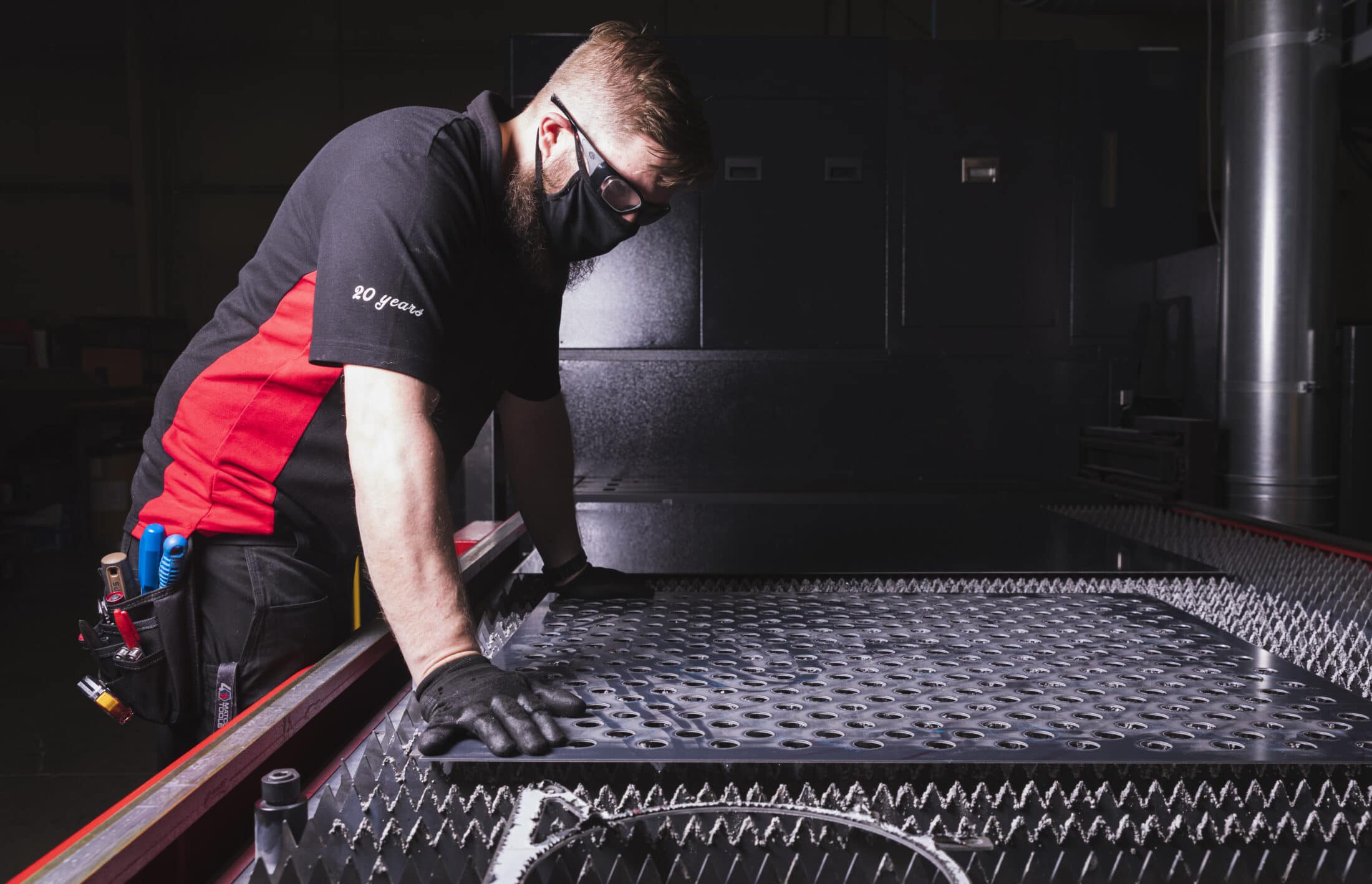 Onshore Manufacturing and Position the Company for Expansion

The intended technology investment involved integrating machine-vision verification techniques with an advanced laser cutting system. The effect would be to combine multiple manufacturing steps and quality validation into a streamlined, proprietary process that is truly “smart manufacturing” and provides PWR North America with a distinct and exclusive competitive edge. The parent company was onboard with underwriting the investment, and plans for additional personnel and training were being formulated. And then the pandemic happened.

The virus spread rapidly throughout the world, and was especially virulent in the U.S., leaving both PWR North America and its parent company in Australia wondering, “should we be spending this money?” said Steve Rasso, general manager at PWR North America. “The grant was really what tipped the scales,” he added.

With that decision to move forward, PWR North America was among the first successful applicants for the new Manufacturing Readiness Grant (MRG) program Indiana Governor Eric J. Holcomb and the Indiana Economic Development Corporation (IEDC) announced in Spring 2020. Part of a $10 million Economic Activity Stabilization and Enhancement (EASE) program, the MRG made $4 million immediately available for Indiana manufacturers to encourage investments in smart manufacturing technologies. The grants are administered through the IEDC in partnership with Conexus Indiana.

The $162,500 grant to PWR North America had exactly that effect prompting them to immediately make a capital investment in the new laser cutting system made in the USA.  Coupled with the machine vision improvements, it can cut virtually any shape PWR North America anticipates for the market trends toward electrification of vehicles, autonomous vehicles and aerospace and defense. 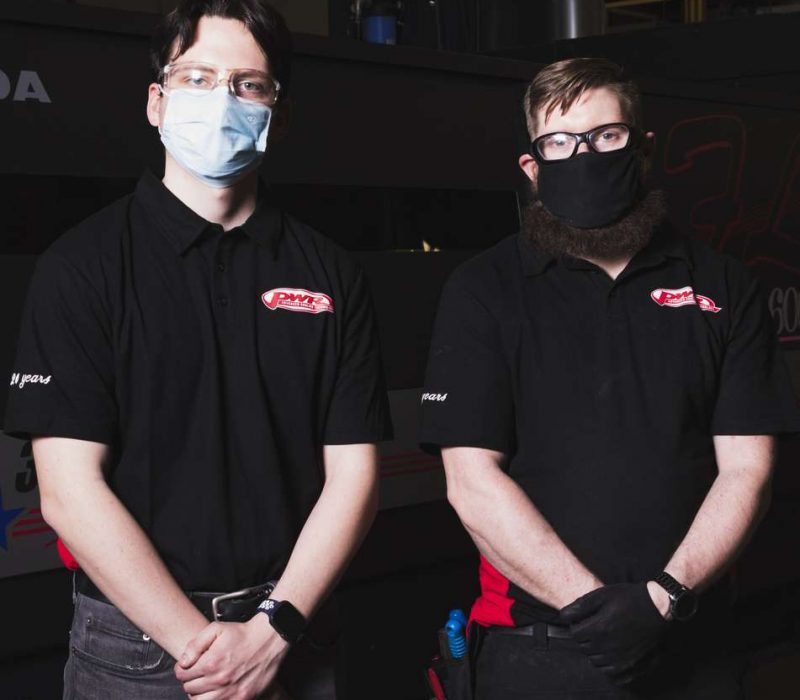 The technology investment added to the company’s personnel ranks, as well. The first new hire was a young engineer from Purdue University, whose primary job is to become the in-house laser manufacturing expert. As such, he will develop protocols for the equipment use and maintenance. He also will be responsible for recruiting and training the production operators, the individuals who will be responsible for the day-to-day operation of the equipment.

That, said Rasso, has been a real morale boost throughout the company. “People see that the company is still investing even during these certainly very scary times. We’re investing in expanding our business and [we want our employees] to feel good about where they work and know that we’re leaning into it and they ought to be leaning in, as well. We’ll succeed as a team.”

That team mentality is what Jack Anderson, engineering manager, says is the critical ingredient that other manufacturers should consider as they look to adopt and integrate new technologies. There’s a learning curve and there are challenges to work through. “You have to have a good team who is committed to succeeding. That’s how you will get through the issues. It involves purchasing, production leads, the engineers, and others who are just hell bent on getting this thing up and running. You run into an issue, you discuss it as a team, you come up with a few different plans to tackle it, and then implement until it works,” Anderson says.

Fittingly, Rasso settled on a racing reference to describe what’s happening at PWR North America since the grant was awarded, “We’re on the gas, and we’re not going to lift. And you know, the laser is really the first step on a much, much bigger plan for us to really grow capability here in Indianapolis. And then we’ll be off to the races.”