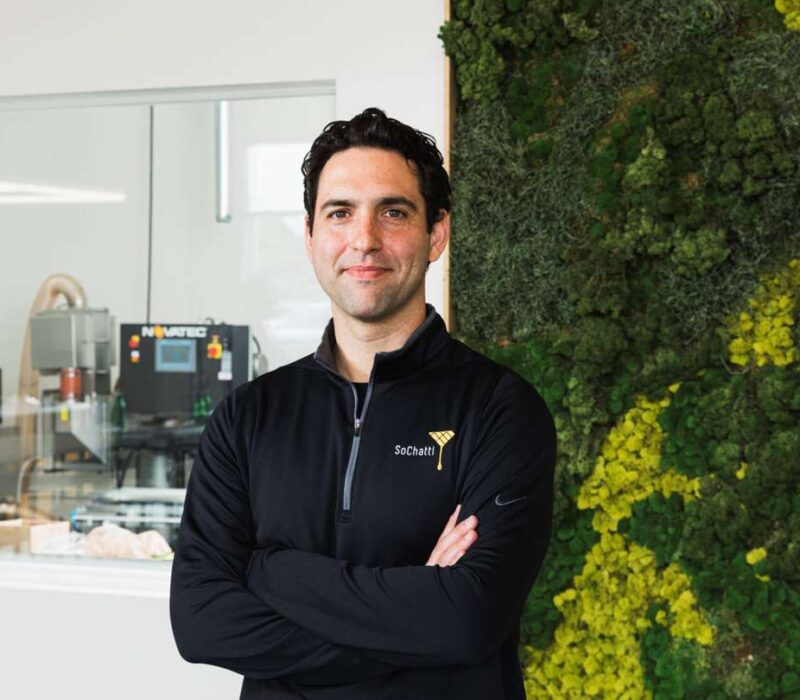 Matt Rubin began his career as a scientist doing bench top research in genetics, biology, chemistry, and both theoretical and inorganic chemistry. While doing that work, he noticed a frequent disconnect between what grant applications for scientific research said and what was happening in many labs. “What I realized was that while grant applicants were theoretically trying to accomplish the stated ultimate goal (curing cancer, let’s say), there was often no actionable plan of how to commercialize the research,” Matt said.

That wasn’t from any attempt to gain grant money under false pretenses—the researchers were working hard to bring about the outcome they sought—there was just a lack of business acumen within the scientific community that could focus on the broad possibilities of the research.

“So, I made a 90-degree turn and became one of the early people in the local community who could speak both science and business, translating the researchers’ goals into commercial reality,” Matt said. After earning an M.B.A. degree, he began a tech transfer career and gained experience taking ideas from concept through creation and commercialization. He worked with a variety of products, from jet engines to molecule drugs, kidney diagnostics and more.

A career focused on commercialization of breakthrough technologies was the perfect foundation to launch a new venture in the chocolate market. It all started when Matt’s wife discovered she had an allergy that impacted her diet and precluded her from eating chocolate.

Matt would have to completely redesign a chocolate recipe, one which simply did not exist in a cookbook. “I started making chocolate for her from scratch,” he remembered. “That snowballed into a hobby. Within about six months, I was spending 60 hours a week making chocolate and giving it to different chefs around the city for their opinion. We were pulled into the business when one of the best chocolate retailers in the city said, ‘I like your chocolate better than what we sell. I’d love to curate it in our stores.’”

The Rubins decided to launch a chocolate company, and they called it “SoChatti” And crucially, since SoChatti chocolate is made with only three ingredients (cacao nibs, cacao butter and cane sugar), its amazingly flavorful chocolate products did not trigger Matt’s wife’s allergy.

Matt developed the innovative food technology from realizing early in his quest that the essence of freshness in chocolate was not at all what the consumer experienced. “It was like trying to describe what a fresh grape tastes like based on eating a raisin,” Matt said. “We discovered there were some 1,700 different varietals of chocolate, and each taste different.” He described the chocolate he created as “fresh, aromatic, liquid, and the same experience from the first bite to the last bite.” From that came the SoChatti technology that dried Matt’s chocolate without removing the flavor. At its most basic, it was a molecular filter with holes so small that only water can get through. The flavor stays in the food – it’s that simple.

It wasn’t entirely a new concept, but it hadn’t been applied to retaining natural flavor in packaged food before. Matt compared it broadly to an industrial method of drying ethanol to create E85 gasoline. The process didn’t directly translate in a food environment; it’s not sanitary, it has a clay binding agent and other chemicals. The technology Matt designed eliminates all of the non-food issues while losing only a small portion of the initial flavor—keeping food’s true essence. “Our job is to preserve all the complexity of the flavors as they initially exist. As we’re drying the food, not only are we able to preserve the flavor, but we achieve a dryness you can’t normally get using heat,” he said. “We actually made raisins that taste like fresh grapes, and dry cucumbers that taste fresh, even though they were crisp like a potato chip.” Not only is the end product so much tastier, but it comes with added benefits of shelf stability and cost effectiveness, reduced energy costs in storage and transportation, and a dramatic decrease in food waste.

The next product using SoChatti technology came on the market as Fruit Nectar, a concentrated juice that was released in May 2021 and sold out in 45 minutes. It remains in high demand, and Matt has formed a strategic alliance with Novatec to expand the technology into an industrial solution for the food industry. Most of what was a relatively small grant in the Manufacturing Readiness Grants (MRG) program—just $24,000, matched by Matt’s investment to total $49,000—was spent for a specific piece of equipment needed to commercialize the technology and launch an industrial solution.

True Essence is the name of the startup company that will leverage the tech responsible for SoChatti’s groundbreaking flavor preservation and shelf stability achievements in the chocolate category and “expand its innovative offerings to create a more flavorful and sustainable global food chain.”

Matt believes the technology is a sustainable solution for food preservation, and the innovative partnership with Novatec continues to produce positive results. True Essence is now being approached by other companies for new use cases and industrial applications to dry and preserve food. With this market traction and a new pipeline of customers, Matt will focus on the scale-up from a boutique chocolate company to industrial solution for global food companies.

A Sustainable Solution For The Food Industry

Matt emphasized that the MRG was not intended or used as funding for research and development of the original SoChatti technology. “It isn’t for people who have an idea and expect to take the money and test their concept,” he said. “In our case, the research was done, the technology was in use, and we were scaling it for exponential growth.”

Although he’s not at liberty to disclose the name, one company has already engaged True Essence under a development license and negotiated a royalty license to launch their cold-pressed juice product.

What’s exciting about the True Essence industrial food solution scale-up project is that the technology provides customers with a sustainable edge, beyond the key purpose of flavor retention. The technology has an angle on multiple sustainability challenges: reducing food waste, reducing water consumption and reducing emissions from transportation.

Most fresh produce, Matt said, never makes it to the end consumer; because of spoilage, it is thrown away before it can be eaten. Products created with the new technology have a significantly extended shelf-life and do not need immediate or frequent delivery, hence reducing emissions from transportation and refrigeration. The process also uses less water than traditional food preservation systems. Finally, because the food has been dried, it can remain fresh at room temperature and doesn’t need refrigeration or freezing at any stage in the supply chain, reducing energy usage and food spoilage.

“I have a strong belief that if you’re in a community, you should be part of the community,” Matt said. “We wouldn’t exist without our community support. I love running a startup company here in Indianapolis. It’s really been tremendous.”