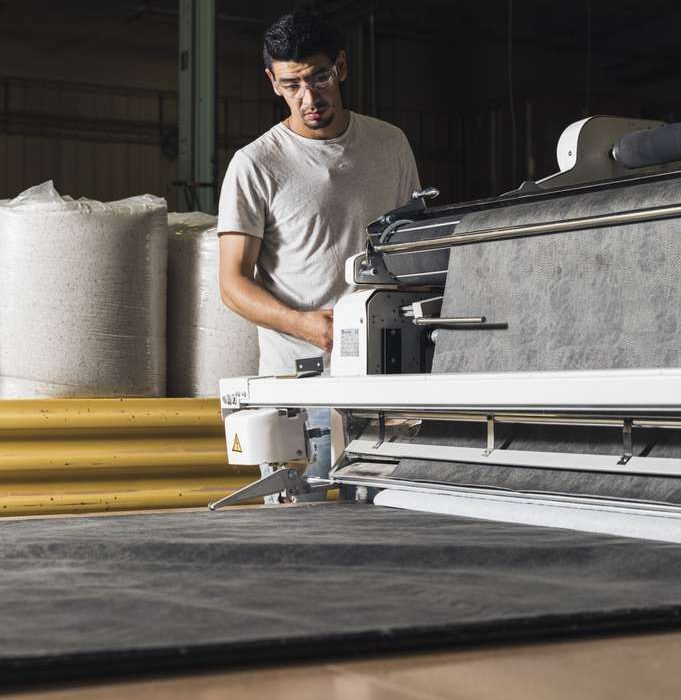 Ulysses S. Grant was president in 1873 and Indiana was largely hardwood forest. Tony Wolf’s forebear was a serial entrepreneur who founded multiple successful Indiana companies. The one that survives 148 years later is Wolf Corporation, “Creating Sweet Dreams Since 1873.” Tony is the 4th generation Wolf to head his ancestor’s Ft. Wayne, Ind., company as president and CEO. Wolf is the oldest surviving mattress manufacturer in the U.S. under continuous Family ownership.

Tony inherited more than the helm of his great-grandfather’s company. He also inherited the senior Wolf’s entrepreneurial spirit. The 3-division company still makes mattresses, but also makes fiber products which, Tony says, “people unsophisticated in the business would just say, ‘they make stuffing for furniture.’”

The technical aspect of those fiber products—that “stuffing for furniture”—and the COVID-19 pandemic that became a worldwide scourge in 2020 caught Tony’s attention. He leveraged his business acumen, his love of networking and his enterprising vision to see the possibilities to both help solve a problem for the U.S. government and develop long-term business opportunities for Wolf Corporation. 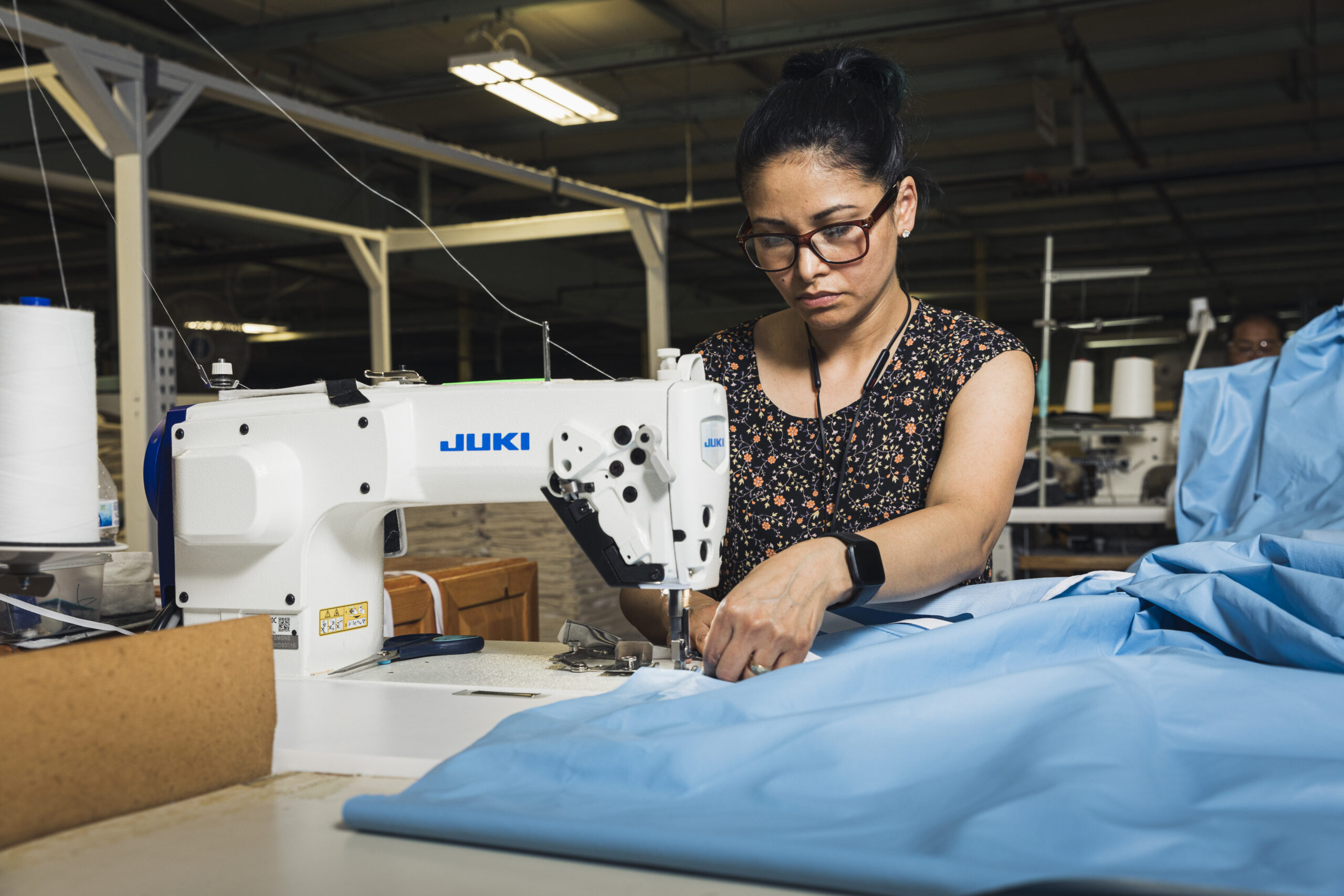 Tony’s attention to growing the family business also led him to expand his participation and interests globally, and gave him yet another strength when the raging pandemic played havoc with the nation’s unfortunate habit of off-shoring significant capital to manufacturing in places like China. It seemed that China in particular, was shutting down its deliveries to other countries of some of the newly valuable and scarce products described as Personal Protective Equipment (PPE). The pipeline of single-use medical masks, gowns, gloves and other PPE, was drying up.

Some of his Eastern and Southern manufacturing connections were calling Tony asking for his company’s help. It seems the government wanted them to begin weaving some of the sophisticated fabrics they made into PPE for America’s use. The goal was, in short, that the U.S. would never again be almost totally dependent on another nation for a valuable product.

Tony’s contacts could make the fabric, but they didn’t have the skills, equipment or people to complete the job. Tony’s response: “Sure.” The first contract was a large order from the State of Minnesota. When it was successfully completed and earning raves from the customer, the partners asked Tony if Wolf could do the same work for other customers faced with PPE shortages.

The answer, again, was “sure.” But this time it was tempered with Tony’s realization that to take on that kind of commitment required much more sophisticated equipment to meet the growing demand. They would need high speed automated CNC cutting equipment robotized for close tolerance cutting, along with modern sewing machines. It would be a big investment for what could be a short-term government need. Still, if the PPE project failed, the new equipment was flexible and could be repurposed and reused on other projects. Tony had already begun to develop that secondary market. Large companies were interested in products that would be possible with the fabrics that could be manufactured with that equipment, and those companies were ready to commit to future orders.

The timing was ideal. In early summer 2020, Indiana Gov. Eric J. Holcomb and the Indiana Economic Development Corporation (IEDC) announced that applications were open for the new Manufacturing Readiness Grants. To be administered by the IEDC in partnership with Conexus Indiana, the grants were part of the $10 million Economic Activity Stabilization and Enhancement (EASE) program and intended to stimulate manufacturing investments in the Hoosier state. 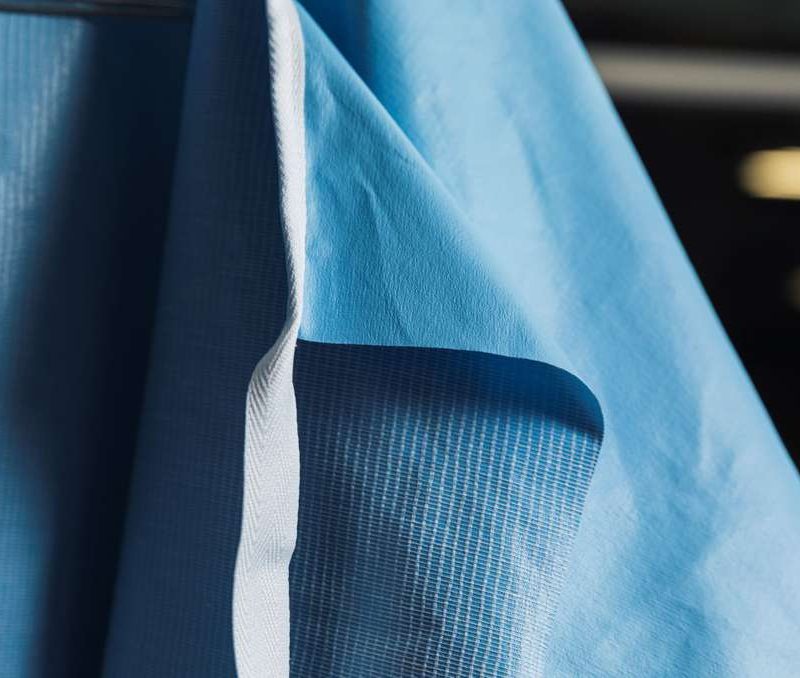 “To cut the fabric by hand would be prohibitive in terms of time and effort, and the danger, the physical danger to the individual doing the cutting,” Tony explained. “Without that grant, without that equipment, none of this would be possible.”

The fabric Wolf developed for the gowns created a product that, far from the one-use fabric in the China-produced isolation gowns, could be laundered and reused up to 25 times. While the cost would be a bit higher ($15 per gown compared to $1 per gown for the disposable product), that cost would be more than offset by the longer life and higher quality of the Wolf gown. But the process could not be efficiently and safely produced without specific new equipment.

New Positions Created During the Pandemic for Sustainable Gown Production.

With those cutting machines, fabric plies can be stacked up to two inches thick and a 75-horsepower motor on a conveyor pulls the fabric in. “It doesn’t distort, and one ply doesn’t slip off another,” Tony said. “The fabric is pulled right into a robotized cutting head that goes a “mile a minute”. It literally moves the process into a totally different world. Twenty-five washes before a gown is rendered unusable.”

Within less than a year, Wolf’s workforce grew from 39 employees to 79 employees. Another 35 to 50 contractors now work for Wolf off-site, sewing the PPE gowns made from the newly developed fabric. The employees and the contractors are excited to be part of the new, entrepreneurial start-up atmosphere at Wolf Corporation, despite the inevitable surge-slow down-surge cycle of a start-up.

“Without the grant, and without that specific machine and the ancillary equipment,” Tony said, “there would be essentially 40 people without jobs, and another probably 40 contractors without work.” 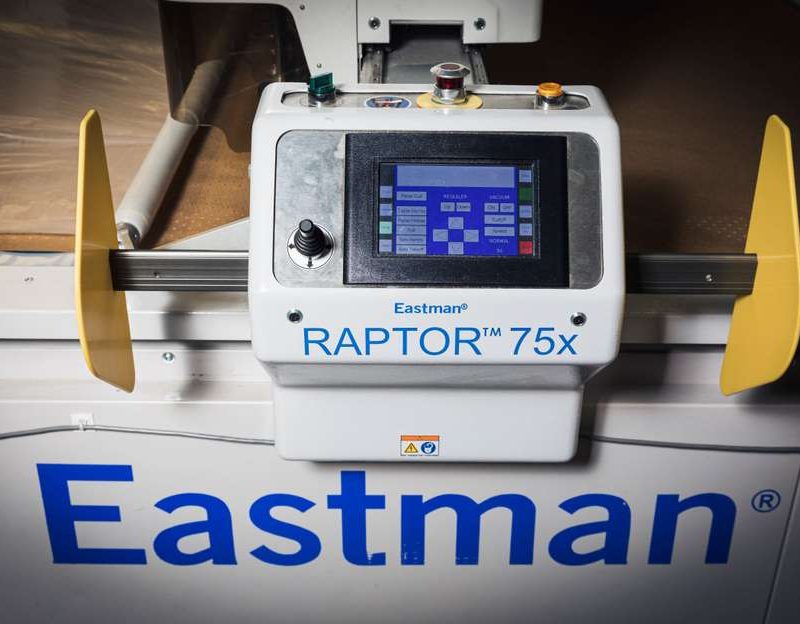 Tony remarked on both supply chain resiliency and entrepreneurship as essential qualities for longevity in business and for success during unprecedented times. Wolf Corporation’s successful pandemic response project was down to a connected supply chain network, something that can only be born of decades in business, and Tony’s entrepreneurial mindset. In a short period of time, Tony threaded the needle between product innovation, operating efficiency and supply chain management.

The reality of the pandemic is that producing PPE is an incredibly difficult task when macro environment limitations are considered. The PPE must have a Return on Investment for the manufacturers and pass strict government regulations before it is approved for use. Additionally, all the materials must be brought together, under one roof, to be manufactured onshore. Without innovations in fabric and gown design, the product would have been too expensive to produce. Without Tony’s supply chain network, Wolf Corporation would not have been able to procure all the necessary raw materials. And without Tony’s entrepreneurial spirit and leadership, an organization of its size and industry (mattresses) would not have taken on a project during what was already an uncertain time.

According to Tony, there is a real need and ability to be entrepreneurial, even for a company of this age. “You have to be built like an entrepreneur… I think that most entrepreneurs have to be able to envision the market that they’re going to serve, and pretty much know for certain that [the] market exists…And then you’ve got to be willing to go for it. And go for it quickly! I think that was the secret to everybody from Andrew Carnegie to John Rockefeller,” Tony noted.